The International Instrumentation and Control Engineering portal has been developed to provide Instrumentation, Control, and Fire and Gas engineers, technicians and technologists with a ‘one stop’ location filled with relevant information. 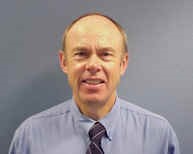 ICEweb and ICEnews were created by James (Jim) Russell who has over 50 years of experience in the instrumentation and control industry. He has seen and worked with many of the developments in the industry from Mercury Manometers/Pneumatic systems which were in common use in the 1960’s, early Fox1 and Ferranti computerised systems, and thence to the first DCS and on to today’s technology.


Jim worked mainly in the oil and gas industry, beginning his working life at Esso Fawley (UK) in 1966 as an Instrument Fitter Apprentice. After spending a couple of years as a tradesman Jim emigrated to South Africa, taking up a position as an Instrument Technician with Impala Platinum at their Springs, Transvaal refinery. After 3 years he joined Edward L Bateman with specific responsibilities to provide after-sales service for the Milltronic Range of ultrasonic level instrumentation and Merrick belt weighers.

Jim and his family moved back to the UK and he took up a position as an Assistant Instrument Engineer with British Gas in Southampton. He says this was in effect "his engineering apprenticeship".

Following a two year stint in this position Jim and his family migrated to Perth, Western Australia, taking up an Instrument Design Engineer position on the Woodside Energy North Rankin 'A'. This was followed by three and a half years at West Australian Petroleum as their Instrument Specialist.

Jim returned to design as the Lead Control Systems Engineer for the huge Woodside Goodwyn 'A' platform, having responsibility for the control, safety and fire and gas systems. He became Senior Project Engineer before being "headhunted" by Woodside to take up their Principal Instrument Engineer position with responsibilities including integrity and standards.

In 2002 Jim was promoted to a Human Resources position of Talent Manager Engineering.  Jim says that he took up this position to put back the value into Engineering.  Unfortunately cost pressures meant that this forward thinking initiative was cut.

Jim is very keen to pass on technical knowledge and experience to others. The intent originally was to write a book, however the Internet came along. This medium with its wonderful potential, worldwide reach and free access to all is a far superior medium to achieve this aim.

Jim has been an active member of the Institute of Instrumentation and Control Australia (IICA). He was National Chair of the IICA Credentialing Committee which developed Competency Based Assessment standards for Instrument/Programmable Electronic Safety Engineers and Technicians. In addition, he was Chair of the IICA (WA) Education subcommittee which put considerable effort into the development and course structure of an Instrumentation and Control degree program at Murdoch University in Perth, Western Australia.

For 10 years he was the co-chair of the Foundation Fieldbus End User Council Australia.

Jim is also focused on New Technologies. In Jim's words, "It makes no sense to sit on the fence as far as new technology is concerned - one needs to embrace it and be actively involved in its development."

Family is all-important to Jim; he is married, has two adult children and four grandchildren. His son, daughter and son in law are at present working as  Instrumentation and Control Engineers. The Russell family is indeed 'In Control'.

Jim has many diverse hobbies as well, he is a radio amateur, keen on fitness, has a vintage 1964 Triumph TR4 Surrey Top and a Scimitar SS1 which also keeps him busy. 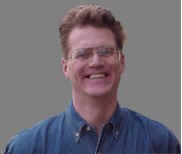 Ian Verhappen is a world renowned expert in Fieldbus systems, Foundation Fieldbus in particular, as well as analysers and general instrumentation matter. He is also Past Director of the ISA Analysis Division.